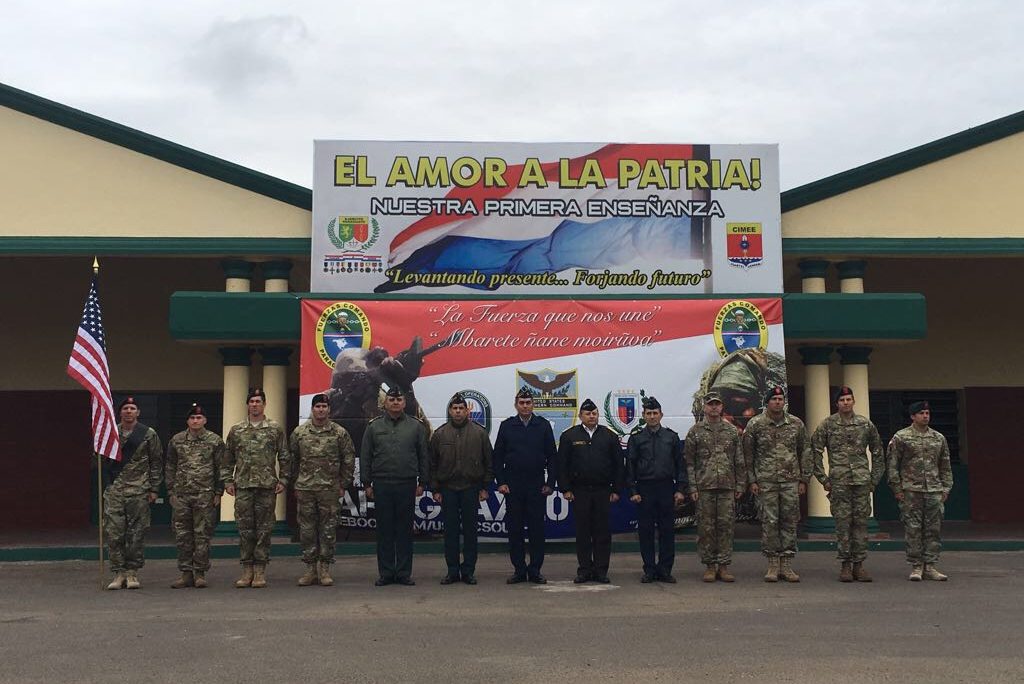 This year the competition will be held in Paraguay from July 17-27 with the Distinguished Visitor Program (DVP) taking place in Asunción from July 24-27. 20 nations have sent teams to compete, each consisting of a four-man assault team, a two-man sniper team, and one alternate in the event of injury or illness. Each competing nation also provides a judge to ensure that the evaluation is fair and balanced. The competing nations are Argentina, Belize, Brazil, Chile, Colombia, Costa Rica, Dominican Republic, El Salvador, Guatemala, Guyana, Haiti, Honduras, Jamaica, Mexico, Panama, Paraguay, Peru, Trinidad and Tobago, United States, and Uruguay. Most events will be held at the Vista Alegre Infantry Training School in Villa Hayes, with limited events also being held in the Army Special Forces Base at Cerrito, the Ñu Guasú Air Base, and the Artillery Command Base in Paraguarí. Competitors will compete in a variety of events, including physical fitness tests; a variety of live-fire events measuring speed, accuracy, and decision-making; precision sniper fire at known and unknown distances; combined assault; obstacle course; a 14km team event; and a 20km ruck march.

Two distinguished visitors from 22 countries (all competing countries as well as Barbados and Canada) are participating in the Senior Leadership Seminar (SLS), also referred to as the Distinguished Visitor Program. The SLS is being held in the Bourbon Hotel and focuses on countering transregional terrorist and criminal threats. The DVs are typically one senior military representative and one senior civilian governmental representative who are involved in special operations and counter-terrorism decision-making.

Fuezas Comando 2017 will conclude with an airborne operation (friendship jump) at Ñu Guasú Air Base on 26 July, followed by the closing ceremony for all competition and SLS participants on 27 July.

This year’s motto is: “La fuerza que nos une”, “Mbarate ñane moirûva”, or “The strength that unites us.”

To support this competition, a military transport aircraft, the United States Air Force (USAF) Lockheed C-5 Galaxy, landed in Asunción on Sunday, July 16, 2017, with the necessary equipment to carry out this activity .