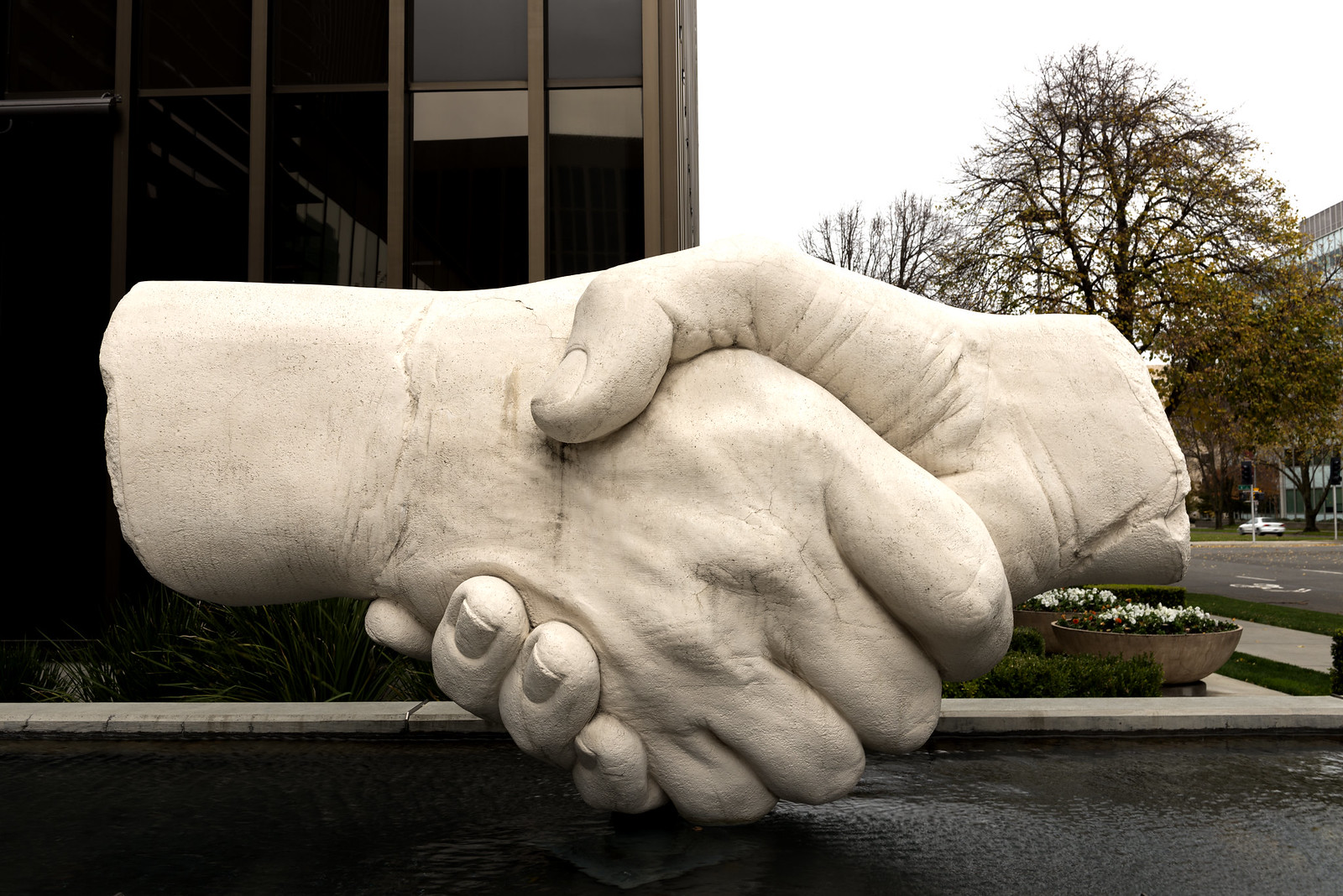 Original caption: "This sculpture of shaking hands near the Capitol Mall is one of Sacramento, California's, most popular pieces of outdoor art." Photo by Carol M. Highsmith / Library of Congress. www.loc.gov/item/2013633917/.

Paraguay has a small but open economy with a strong macroeconomic position and the potential for continued growth over the next decade. The main drivers of economic growth in Paraguay are agriculture, retail and construction. There is a large subsistence sector and a large underground re-export sector, including the import of goods from Asia and the United States for re-export to neighboring countries. Merchandise trade between the United States and Paraguay was US $ 1.7 billion in 2015. US exports to Paraguay include machinery, oil, toys and sports equipment and vehicles. US imports from Paraguay include sugar, oilseeds, gold, timber and animal products.

Paraguay and the United States belong to several international organizations, including the United Nations, the Organization of American States, the International Monetary Fund, the World Bank and the World Trade Organization. Both countries also share a partnership with 100,000 Forts in the Americas, which seeks to increase the number of US students studying in the Western Hemisphere to 100,000. Our delegations cooperate in human rights in international forums such as the Inter-American Commission on Human Rights and the UN Human Rights Council.

The head of the diplomatic mission established in Asuncion, capital of the Republic of Paraguay, is Chargé D’Affaires a.i. Joseph Salazar. Other senior embassy officials are on the list of key US embassy officials. In Asuncion. In turn, Paraguay maintains an embassy in the United States at 2400 Massachusetts Avenue, NW, Washington, DC 20008 (Tel .: 202-483-6960).