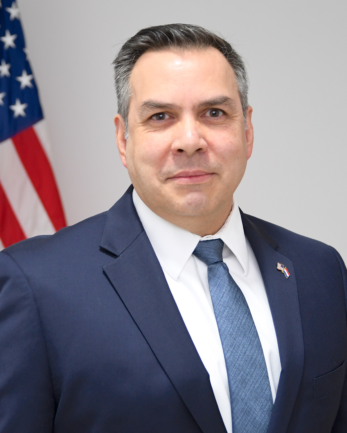 Joseph “Joe” Salazar joined the State Department in 1998. His most recent assignment was as Deputy Chief of Mission at the U.S. Embassy Asuncion, Paraguay.

Mr. Salazar was born in Texas. He received a Bachelor of Arts in International Studies from the University of St. Thomas in Houston, Texas, and a Master of Arts in International Policy Studies from the Middlebury Institute of International Studies in Monterey, California. He holds a number of awards and accolades from the Department of State as well as the World Customs Organization, the U.S. Patent and Trademark Office, the Office of Foreign Assets Control at the U.S. Department of the Treasury, the Mexican Customs Administration, and the Mexican Office of the Attorney General. His wife and two daughters reside in Vancouver and Virginia.