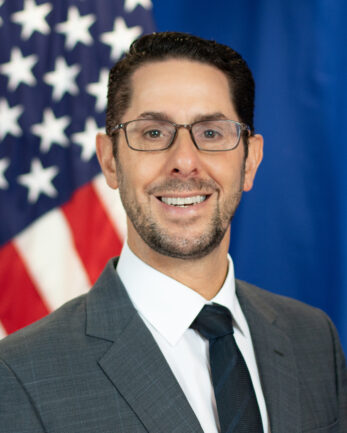 Amir P. Masliyah assumed the position of Deputy Chief of Mission at the U.S. Embassy in Asuncion, Paraguay in July 2022.  Prior to arriving in Asuncion, Amir served at the American Institute in Taiwan. In addition to Taipei, Mr. Masliyah’s other diplomatic postings overseas include Mexico City, Mexico, with International Narcotics and Law Enforcement (INL), Chiang Mai, Thailand, as the Deputy Principal Officer and Management Officer, and tours in Sao Paulo, Brazil and San Salvador, El Salvador.  Mr. Masliyah has also worked in Washington, DC as a Watch Officer in the Secretariat’s Operations Center.

Amir and his wife are the proud parents of two young daughters.