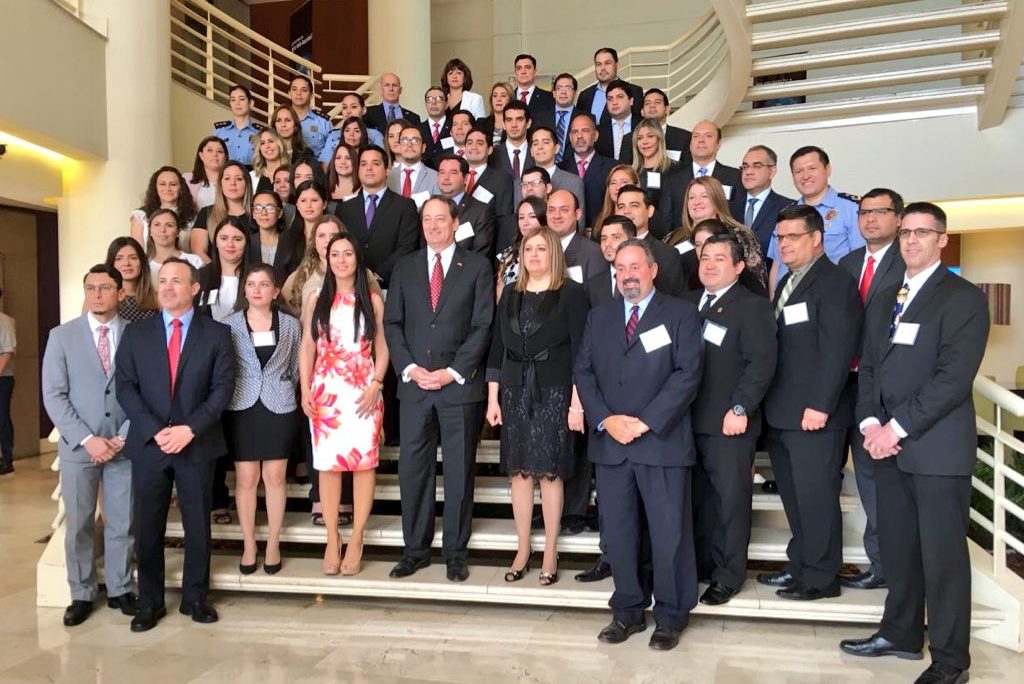 On Thursday, April 26, at 09:00 at the Sheraton Hotel in Asuncion, the Ambassador of the United States of America, M. Lee McClenny, opened the Financial Investigation and Money Laundering Techniques course run by the Department of Education. Justice and the Internal Revenue Service (Criminal Investigation Unit), with the support of the Embassy of the United States of America in Paraguay.

“This is a wonderful opportunity to strengthen the commitment of prevention and control institutions to law enforcement in the fight against corruption and illegality. You also have strengths such as SENABICO, and the cooperation of many countries, including the US, a friend willing to collaborate in your efforts “was what Ambassador McClenny said on that occasion, followed by words from the Fiscal General of the State, Sandra Quiñonez.

The course that was held on April 26 and 27, was addressed to judges, prosecutors and investigators of the National Police (PNP), the Money Laundering Prevention Secretariat (SEPRELAD) and other public officials.

The objective of the course was to improve participants’ understanding of basic and advanced techniques for financial analysis and investigation in cases of money laundering and other crimes. The course included lectures by instructors and practical exercises focused on hypothetical cases.

This course was part of the continuous effort of the Embassy of the United States of America to strengthen the institutions responsible for combating financial crime and money laundering in Paraguay.