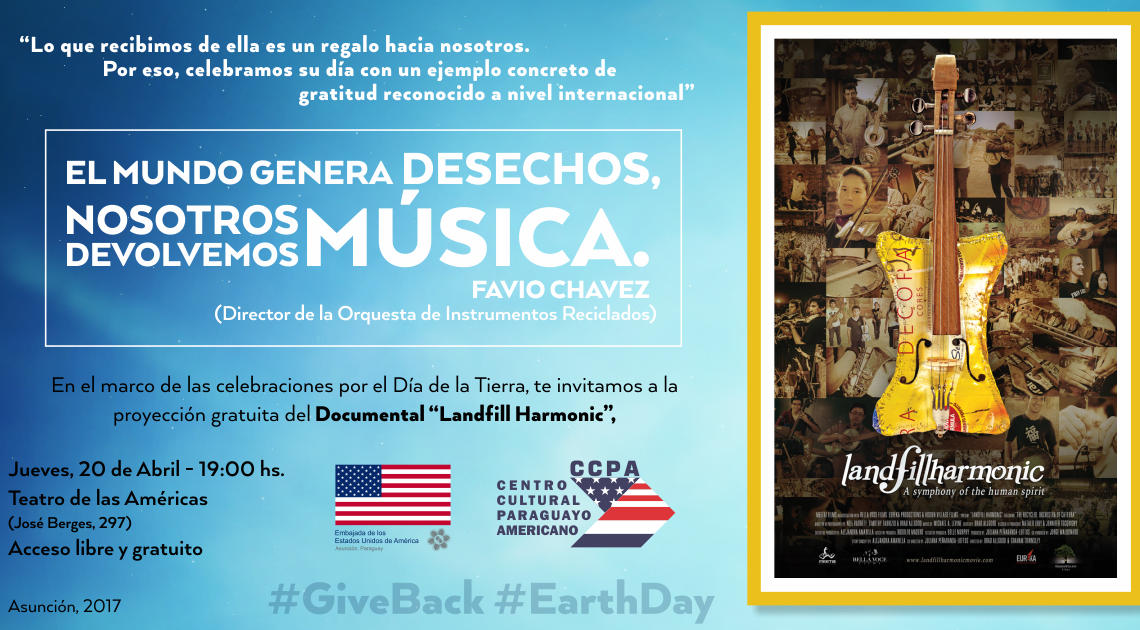 “What we get from it (Earth) is a gift to us. That is why we celebrate its day with a concrete example of gratitude recognized at an international level ”

“The world generates waste, we return MUSICA.” -Favio Chávez, Director of the Orchestra of Recycled Instruments

As part of the celebrations for Earth Day, we invite you to the free screening of the documentary Landfill Harmonic, on Thursday, April 20, at 7:00 pm at the Teatro de las Américas, located at José Berges 297. The projection Of “Landfill Harmonic” is possible thanks to the support of the Embassy of the United States and the Paraguayan-American Cultural Center.

The documentary “Landfill Harmonic” by Brad Allgood & Graham Townsley, United States 2015, tells the story of a Paraguayan musical orchestra, where young musicians play instruments created from garbage. Cateura is a small Paraguayan town, practically built in the landfill, which is affected by a high level of poverty, marginalization and juvenile delinquency.